The IPA is saddened to announce the death of Jack Windsor Lewis, who died on 11 July at the age of 94. He was in his seventieth year of IPA membership. The earliest of his many contributions to the Association's journal was in 1964, and the most recent appeared less than a year ago. He served on the IPA Council over the years 1985–1990.

His most notable publication is A Concise Pronouncing Dictionary of British and American English (1972, London: OUP), and the indication of pronunciations in learners' dictionaries remained one of his central interests, 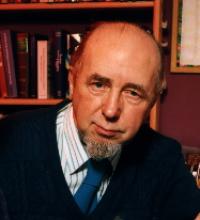 but he was also a wide-ranging and assiduous reviewer, blogger and obituarist. During the 1970s and 1980s he was active in forensic phonetics and in 1991 was a Founder Member of the International Association for Forensic Phonetics.

The last nineteen years (1970–1989) of his working life were at the Department of Linguistics and Phonetics in Leeds, but that had been preceded by teaching posts in Belgium, Norway, Iran, Spain and Sweden, in addition to the UK, while summer courses and guest lectures took him even farther afield.

An astute observer and recorder of current English speech, he was an entertaining lecturer and popular teacher who will be sadly missed and fondly remembered by all who knew him. On behalf of the whole Phonetics community, the IPA sends its condolences to his widow Jane.

Become a member of the IPA to receive copies of JIPA, and to get access to the online version.